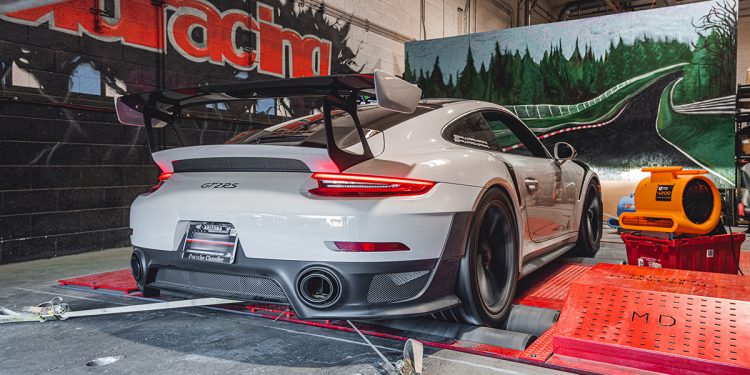 The Porsche GT2RS is what many Porsche enthusiasts dream of owning. It sits at the very top of the 911 hierarchy and it has the performance to take on the best supercars in the world. With loads of carbon fiber, sophisticated suspension, and a 3.8L engine outputting nearly 700 horsepower, it’s easy to see why it’s the fastest 911 ever built. Even with record-breaking performance and the power to outrun most supercars, a lot of 991 GT2RS owners want more power from their car.

As we’ve seen from our extensive testing tuning Porsches with our tuning division, VR Tuned, we know that turbocharged Porsches typically yield massive power gains when tuned. When it came time to test and tune the GT2RS, we knew there could massive potential with proper tuning.

Our baseline testing showed the GT2RS makes a massive amount of low-end torque in stock form. In fact, the baseline torque is significantly higher than the 553 LB-FT rating that Porsche advertises. With Porsche’s advanced traction control system, it’s much easier to run the GT2RS with the dyno set up for all-wheel-drive.

In stock form, the GT2RS put down 545whp and 567wtq. Typically, our all-wheel-drive Mustang dyno shows drivetrain losses of around 20-25%. Again, the stock torque numbers we measured on the dyno are significantly higher than the advertised torque output, which gave us further confirmation the GT2RS could have massive potential with a tune.

Once we had a good baseline dyno run, we began tuning. Unfortunately, the SDI21 ECU found in the GT2RS requires unlocking on the bench before we can flash it with a new tune. Once we removed, unlocked, and reinstalled the ECU, we installed our VRTuned ECU flash through the OBDII port and began testing.

During our first few dyno runs, the GT2RS struggled to get traction, spinning uncontrollably when the power came on. Once we added some traction compound and a few passengers, GT2RS hooked up and put BIG power down: 639whp and 690wtq! Of course, we ran the GT2RS multiple times to verify these power figures.

With drivetrain loss accounted for, this equates to around 800hp and 850lb-ft of torque! It should be noted, our testing conditions weren’t favorable, with ambient temperatures over 100F. With additional modifications and a more favorable testing environment, horsepower numbers will be even higher.

In stock form, the GT2RS is one of the fastest production cars ever to lap the Nurburgring, and on the street it has the power to dominate nearly anything. In tuned form, the massive low-end power makes the GT2RS an absolute animal, pulling hard right off the line all the way to redline.

We did not measure on-road acceleration after we installed the tune file, but as you can see from the video, the GT2RS is ridiculously fast with our VRTuned ECU flash installed. Be sure to check out the video below and the dyno graph! 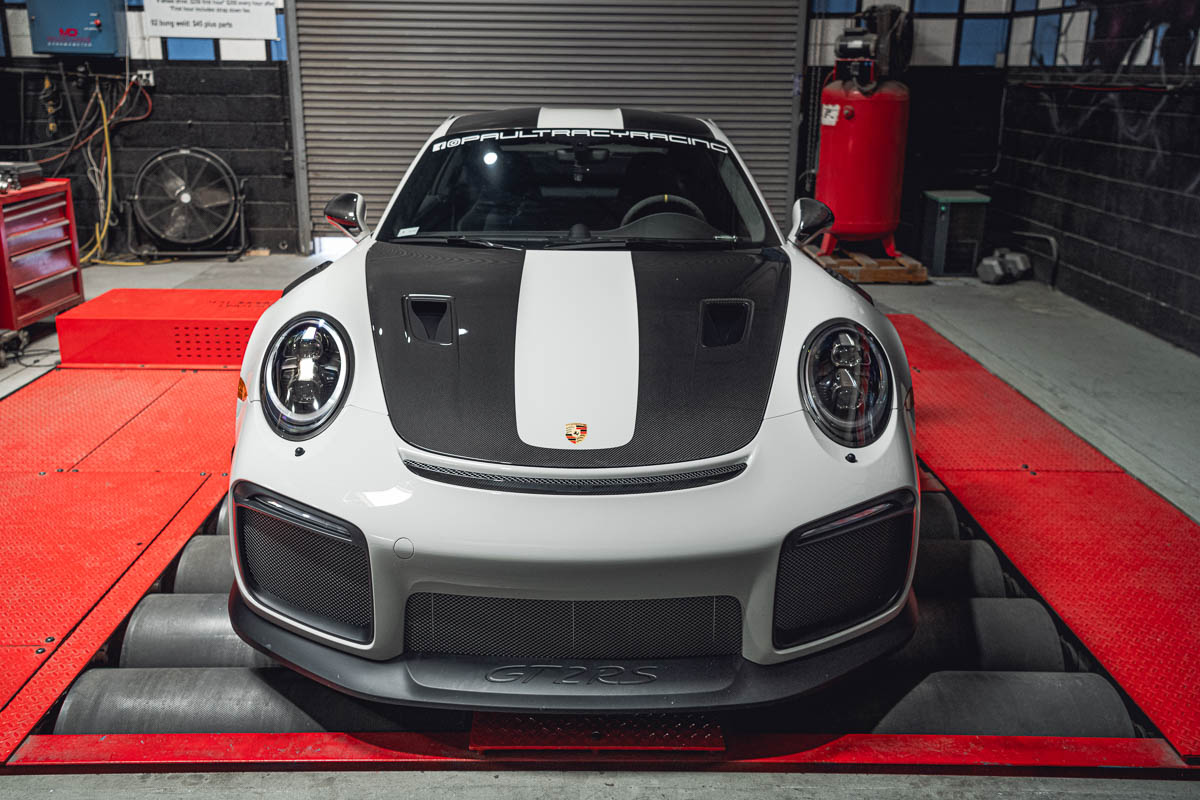 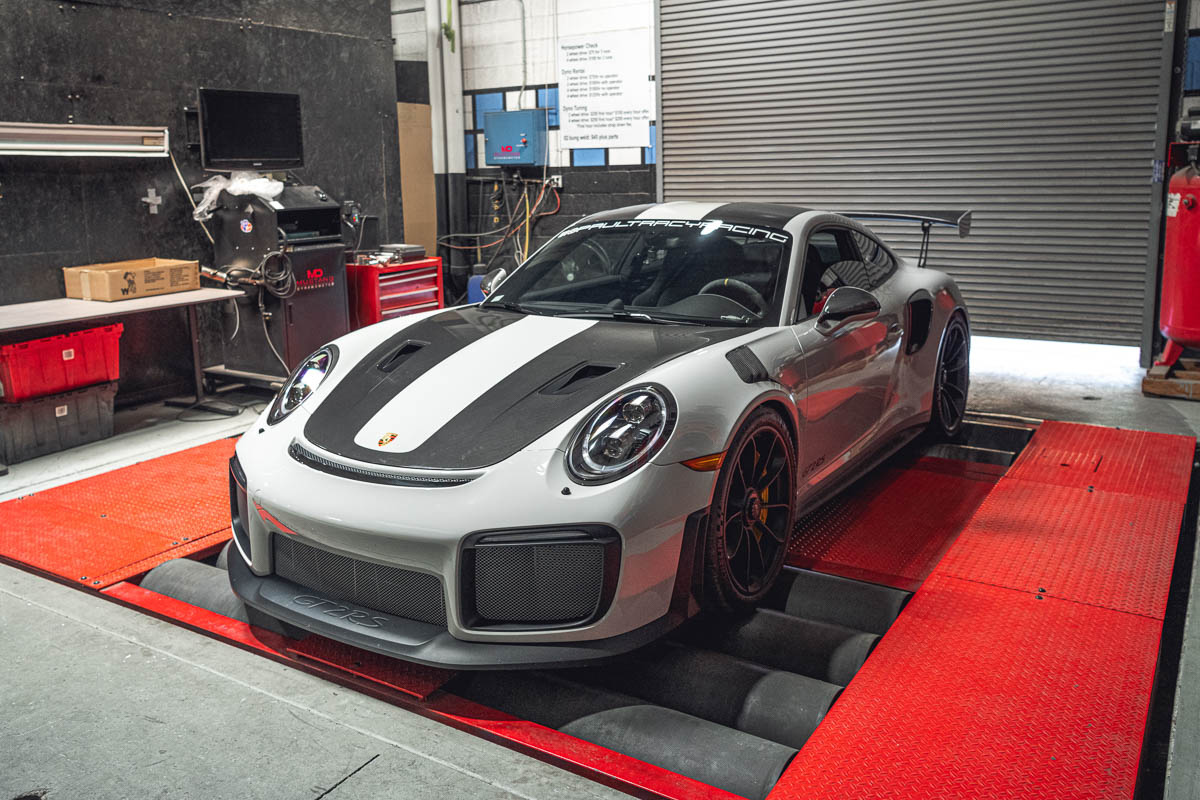 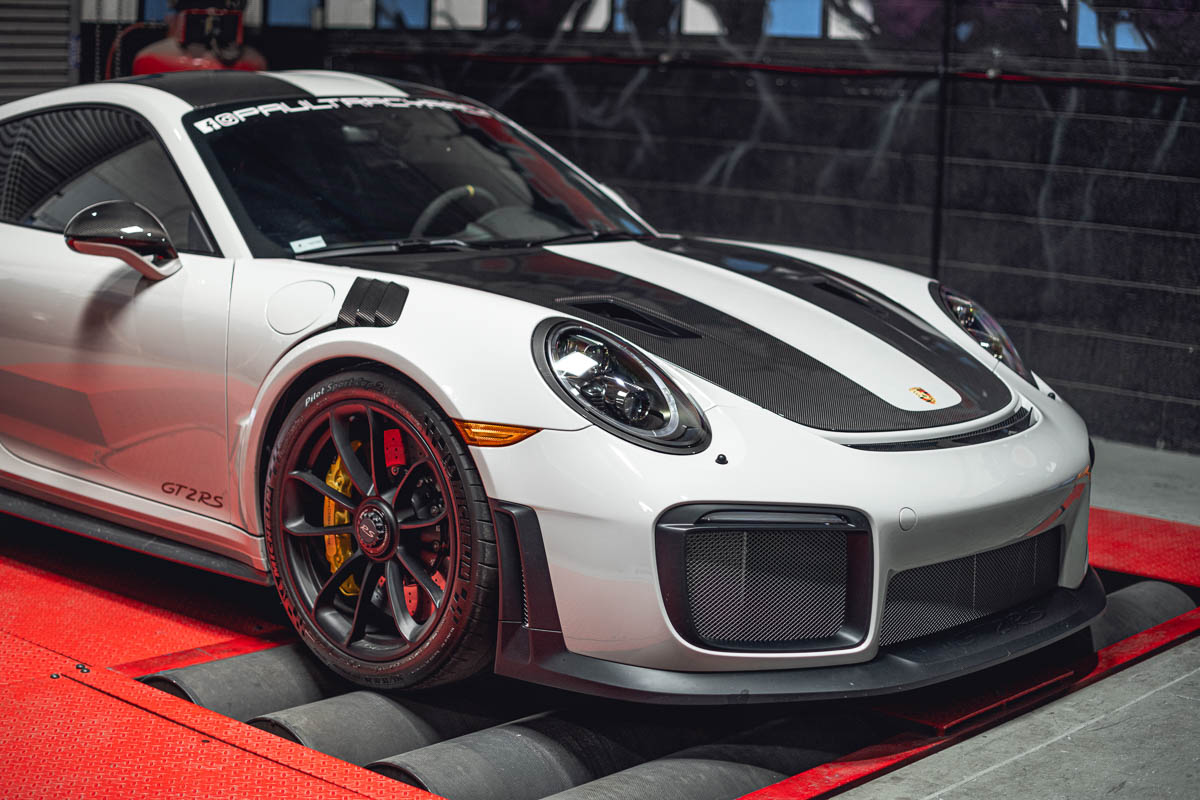 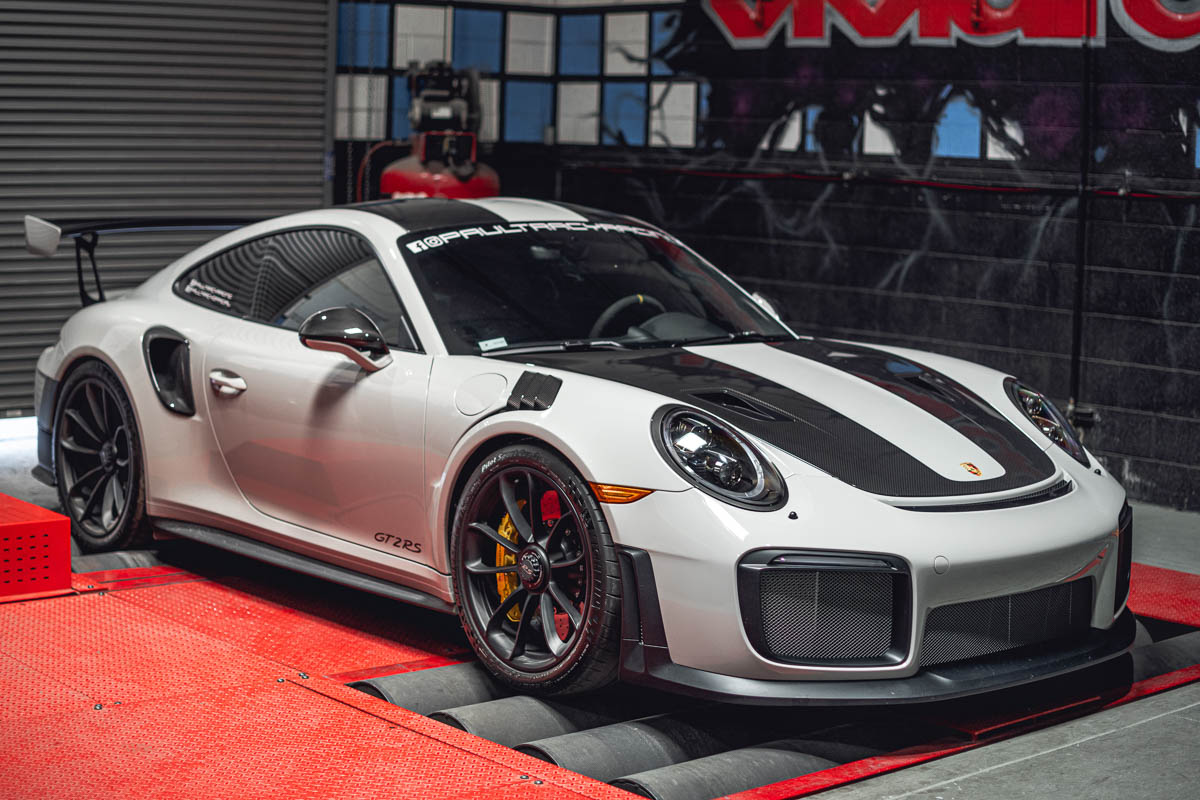 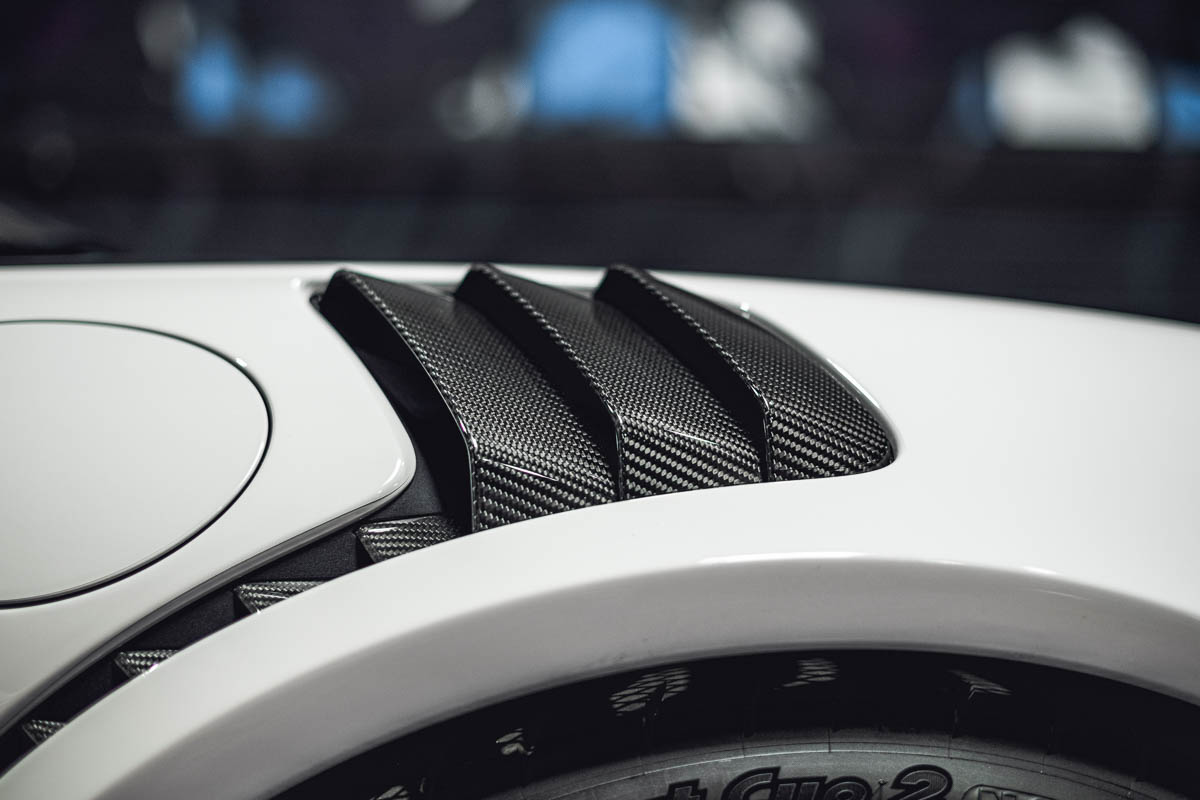 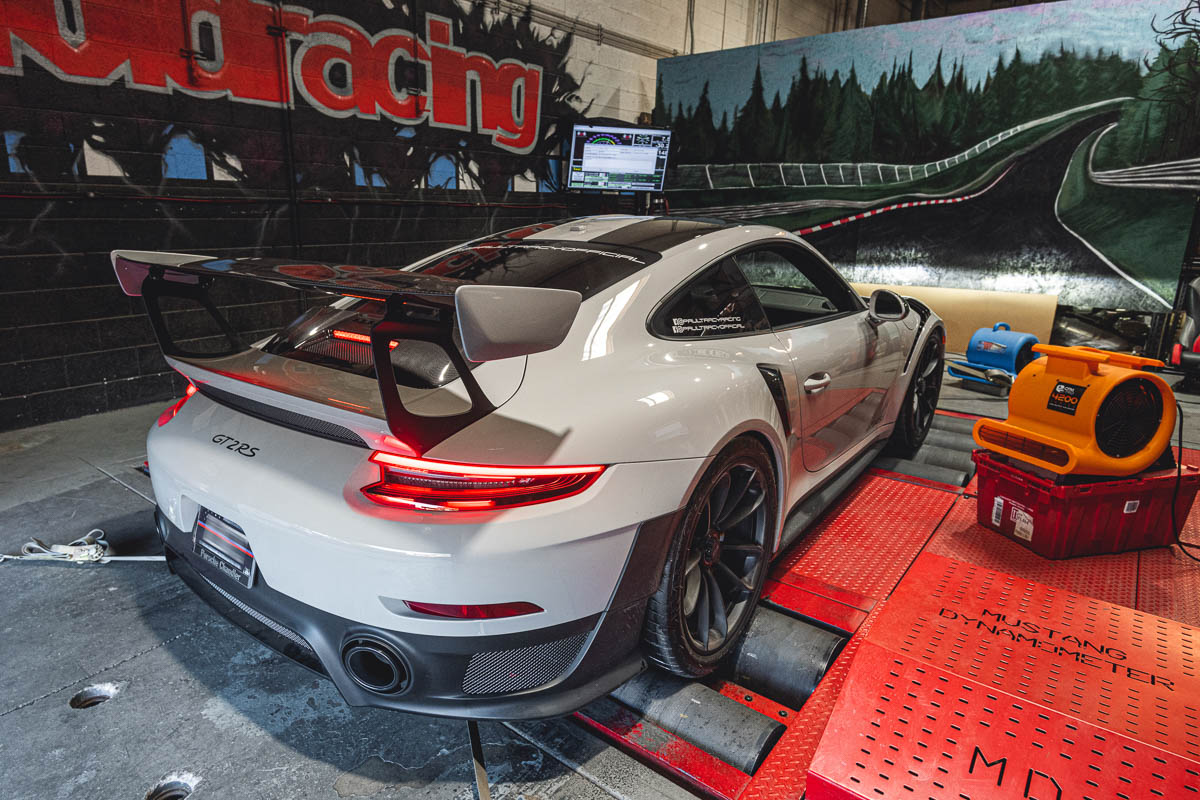 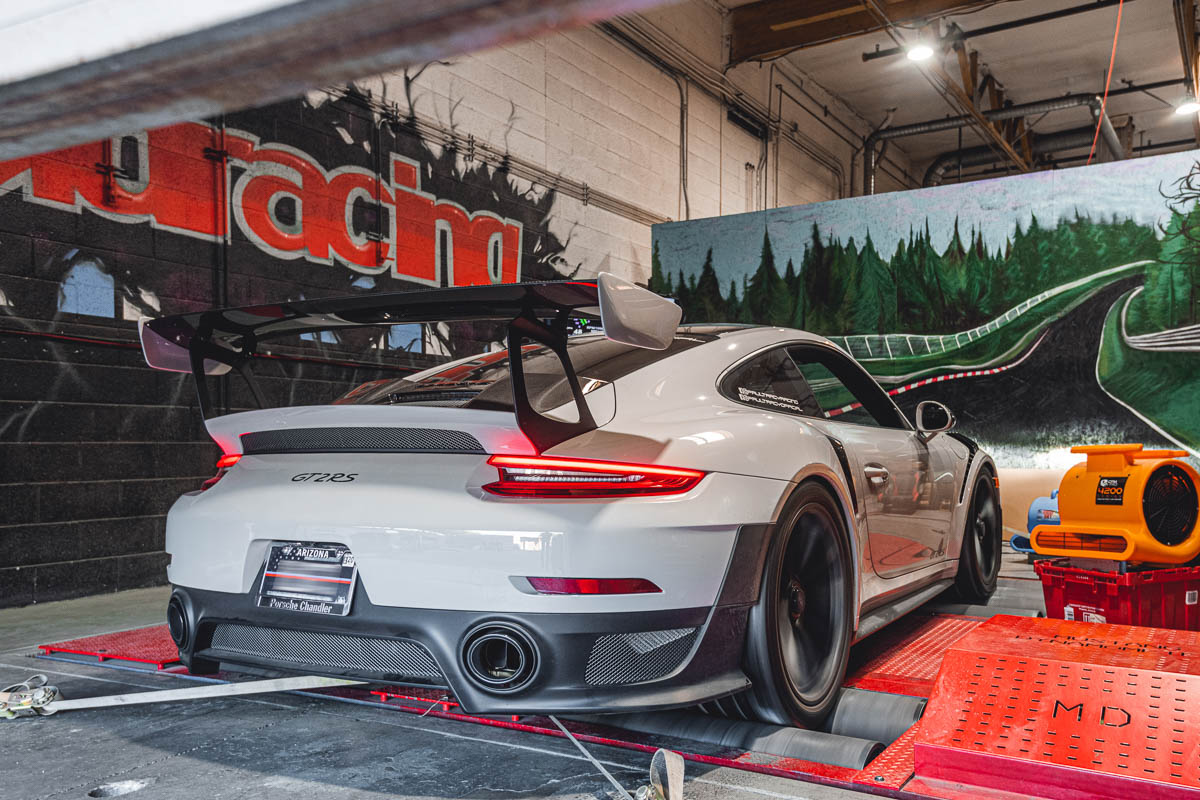 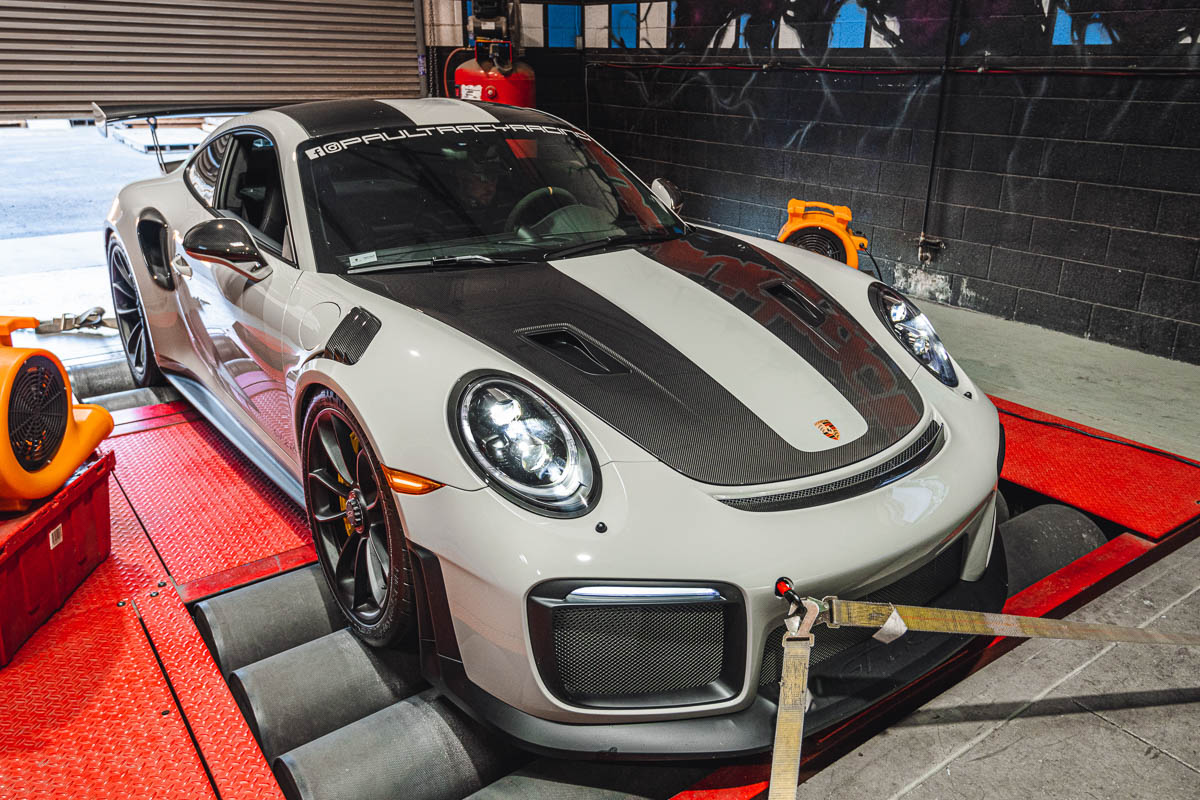 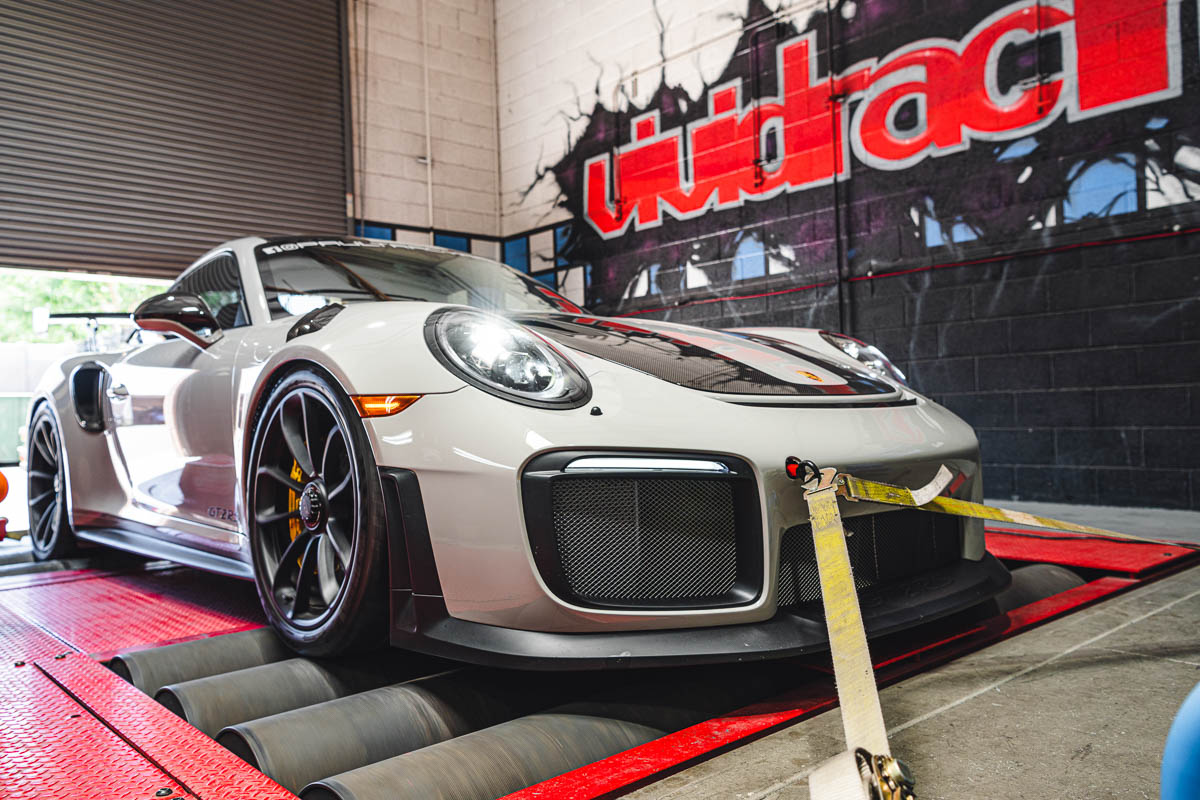 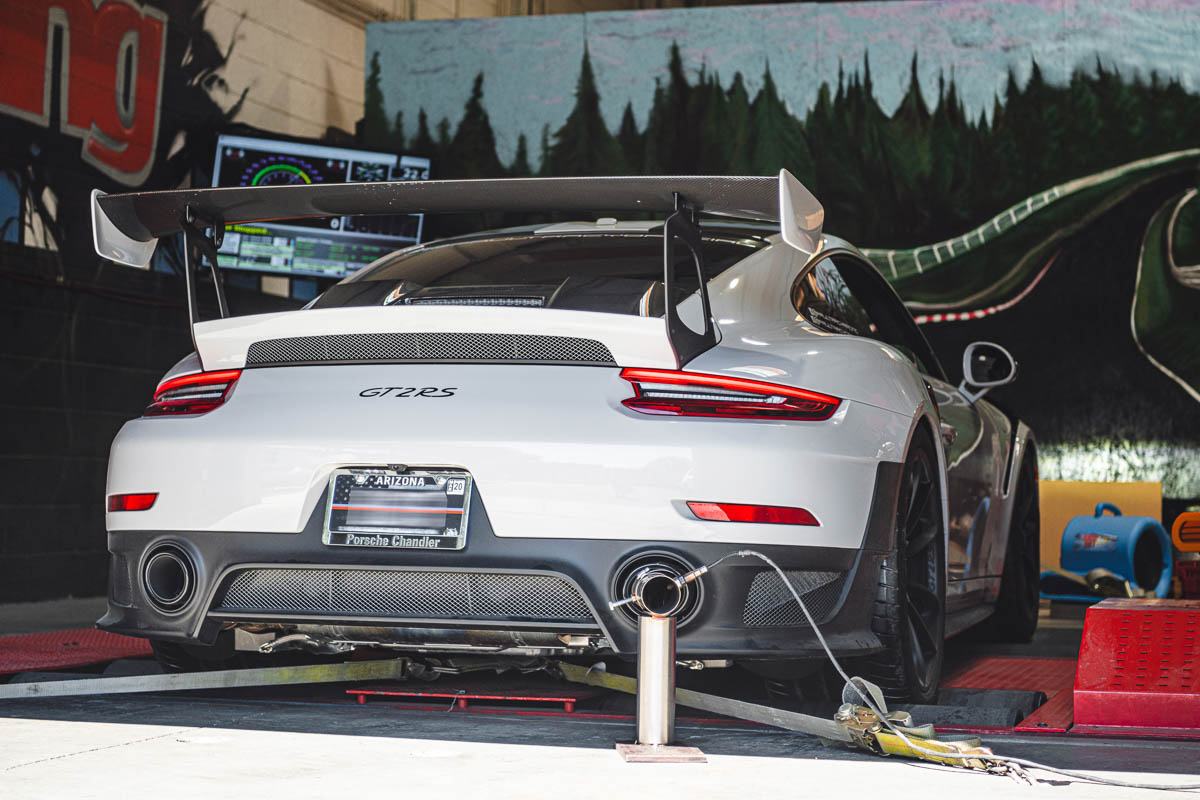 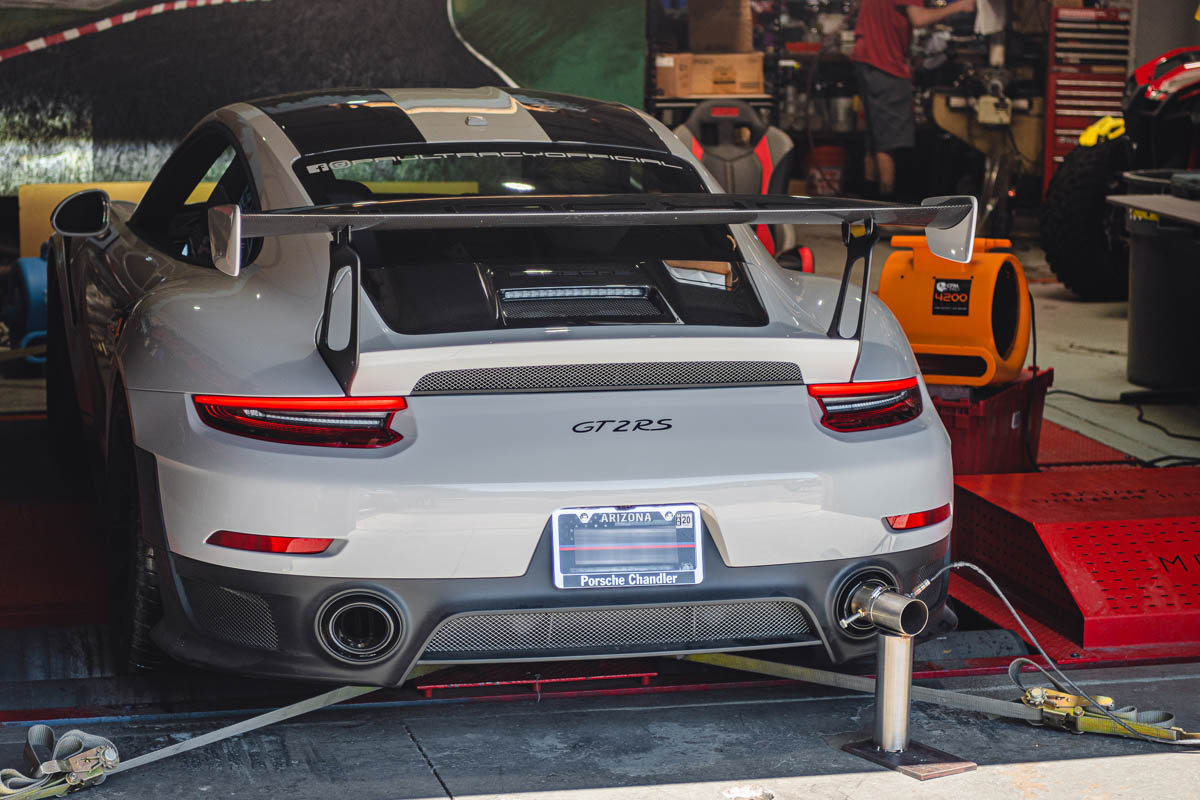 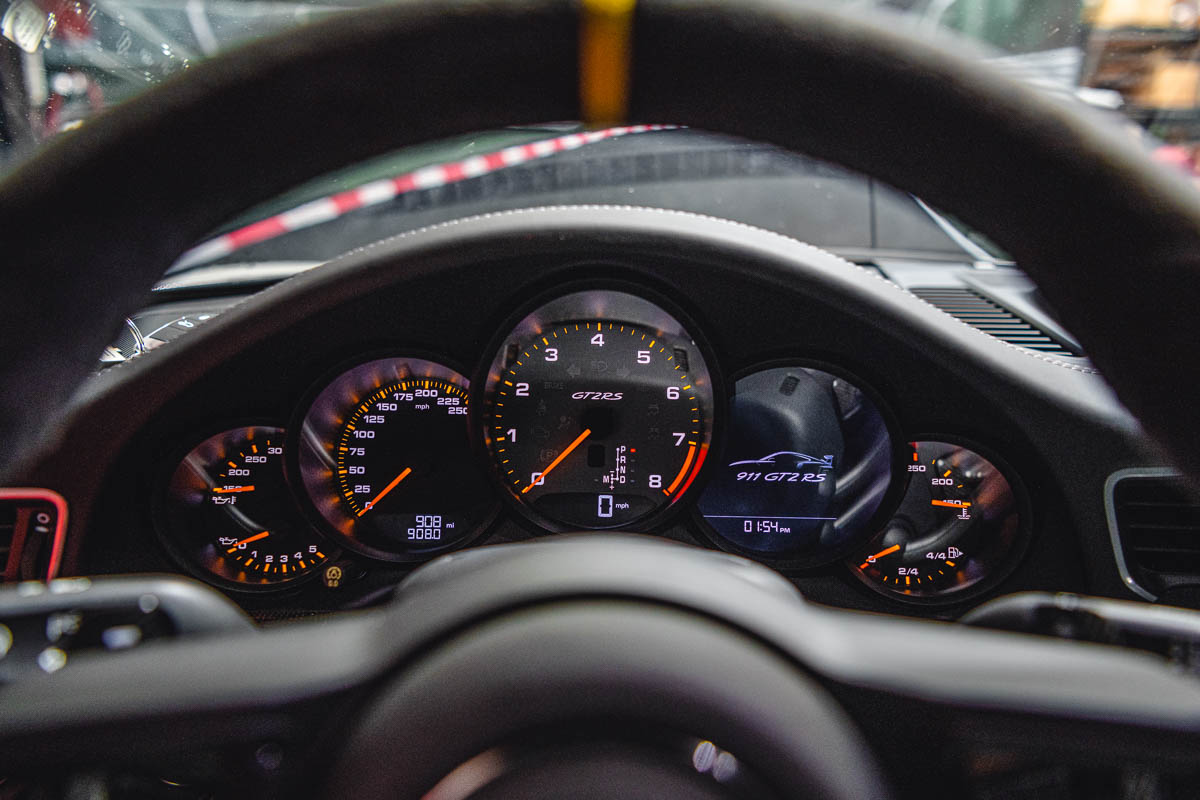 
Error: Access Token for vrtuned is not valid or has expired. Feed will not update.